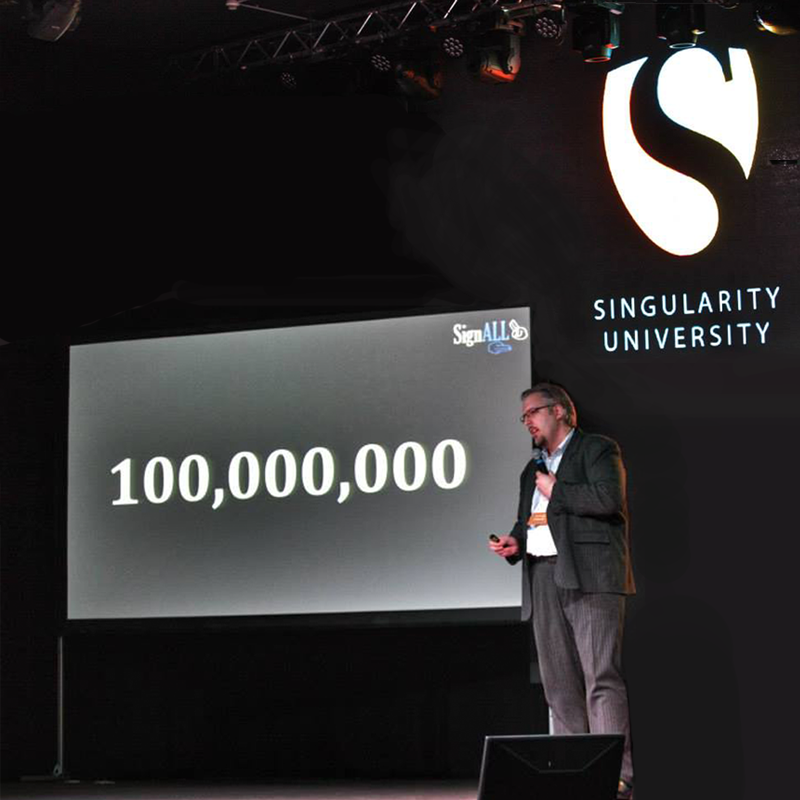 Due to our strategic goal setting and thus the extraordinary efforts of our motivated research team, today we are proud to announce that in the international research world we are the closest to solving one of the major problems of the mankind. Project SignAll will soon provide for the full solution to interpreting the sign language thus facilitate the everyday life of the hearing impaired people.

The Competition is an outstanding platform to identify the best entrepreneurs, leaders, scientists and engineers who propose the most innovative projects to positively impact the lives of a million people in the next 3 years.

SignAll has drawn international attention, as shown by the results we reached at NASA and Google’s Singularity University’s Global Impact competition, where 130 projects competed and only 8 reached to the Final Round. Singularity University was founded by NASA and Google, where more than 130 projects from 13 countries applied for the Competition this year.

Ten percent of the Globe’s population suffers from a hearing disability. There is a constant shortage of sign language interpreters. Our machine interpreter will be an easily accessible substitute for the human as it translates signing into fully comprehensible text not only from the most wide spread American Sign Language (ASL), but it will alsp be able to accomodate and use other sign and spoken languages as well.